I want to wish everyone a happy new year! I hope 2014 brings good things for all of us.

Many thanks to the blogs that included my scents on their Best of 2013 lists! It was especially encouraging to see my first two natural scents on four lists this year. 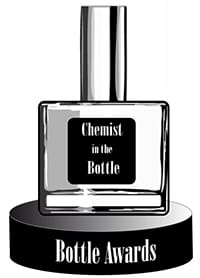 Cocoa Sandalwood Best of 2103 on The Non-Blonde 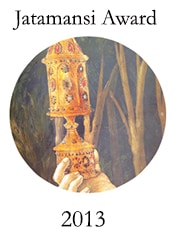 Last year was a little challenging for me since I needed some down time both in Feb/March and in Oct/Nov. I released the two naturals Cocoa Sandalwood and Spiced Citrus Vetiver, and I reformulated Vintage Rose into Rose Volupte. I worked on several new formulas that are still unfinished (a ylang/jasmine/tuberose mixed media scent, an all-natural amber incense, and a tweak on Tabac Aurea).

In the coming year I hope to finish a few of those in-progress scents, and I will be retiring some of the Exclusives, or at least moving them into the “by request” category. I also plan to switch from standard perfume alcohol in the mixed media scents to natural organic alcohol (the same alcohol I use in the naturals line). It may mean a few dollar increase in the mixed media scents, but I think it will be worthwhile. As I go forward I will be leaning more toward naturals in my formulas, though I still have some mixed media in progress.

This was the first year that I didn’t even try to sample new releases, though there are a few that I really want to try (Christopher Street, Ashoka, Knightsbridge, Une Rose de Kandahar, and Cuir de Gardenia). It has become far too hard to keep up, but every year there are a few I like to experience.

I worry about the explosion of niche and indie fragrances, and as I work on new scents I keep asking myself if the formula is unique enough to justify release into an already saturated market. I want to tighten up my scent list with that thought in mind.

I can’t thank you enough for your support of indie artisans and for the wonderful camaraderie in the perfume community! Here’s to 2014! 🙂

We haven’t seen the blue sky here for days; smoke from the fires in northern California has blanketed us, blocking out the sun and the view of the nearby hills.  It’s weirdly muggy and the air smells like fire.  People are trying to stay inside to breath less smoke.  Sure hope this clears up soon. …

Here’s a useful site for demonstration of correct French pronunciation of common perfume words (brand and fragrance names etc) by a Paris-born perfumista who is a professional translator. The site loads a little slowly for me when I first pull it up (possibly because of my slow “high speed” internet connection), but once the site comes up I can navigate easily…

Hi! I’ve been working hard to catch up on so many things but wanted to check in and share some cute pictures. The barn where my niece takes riding lessons has had several batches of baby goats this summer. Thought I’d post a few pics, but I promise no more baby animals, lol — this…

I’m happy that we can pick up the new bottles Wednesday from customs. I hope it goes well. The customs fees ran up higher than estimated, but that is not a huge surprise. I just want the bottles to all be safe and intact. Will see tomorrow! Nathan posted a review of Incense Pure on…

I’m making a couple small (consecutively larger) batches of the new natural Spiced Citrus Vetiver, and as soon as I have enough to offer samples, I will put all the samples back up on the site. I’ll also put bottles of Cocoa Sandalwood up because I know not everyone had a chance to buy that…

I’m working on Reves this weekend to see how far I can pump up the violet and heliotrope notes without going too sweet. The woods base I have in here comes foward more in the later drydown as the heart notes fade, and so far I’m surprised by how much farther I can push some…