The Czech & Speake website now lists Dark Rose as available for preorder and it will be in stock mid-March. This scent is a cult classic but has been unavailable for several years. Dark Rose may well have been reformulated, so we’ll have to see how the new version compares to the old, which was a rich, dark, unisex rose with spicy saffron. I would guess that they were forced to reformulate either due to ingredients that became unavailable or more likely ingredients that were no longer allowed by IFRA standards at the usage levels in the original formula (but that’s just my guess and I don’t think the company has ever said why it was out of production for so long).  Saffron accords in perfumes often include the expensive aroma chemical called Safranal, and IFRA now restricts the usage of Safranal for leave-on skin applications to 0.0050 percent.

This is their listing of notes: “The spicy note of saffron is combined with an elegant bouquet of Bulgarian rose in the top note. Middle notes feature a mixture of exotic woods, patchouli, sandalwood, oudh unveiling a dry down of liquid amber and white musk.”

I’d sure love to get a sample of the new version!  (I had a small sample of the original version years ago.)  For other dark roses with this vibe and with oud notes, you can try the Montale line.

PerfumeShrine recently did a four-part series on saffron that begins here:

I’d like to thank Elena of Perfume Shrine for organizing this group blog post and for including me. I like to think of the annual “best” lists as “favorites” lists by the writers because it is so subjective. So, here are some of my favorites from last year. We were allowed to include other categories…

Tony Burford of Cropwatch gave a PowerPoint presention titled “Is excessive regulation destroying the perfumery art?” to the British Society of Perfumers at the Safety and Regulatory symposium on March 11, 2010. This link lets you download the presentation, but it’s only viewable if you have MS Office PowerPoint.  If (like me) you don’t have…

Julie of The Redolent Mermaid blog just posted a review of the new SSS Amber Incense. Her blog, which has a pretty new format, features reviews with gorgeous product photography and fun DIY project tutorials. I also wanted to post a link to a recent article about scent perception because we’ve been covering that topic…

Sonoma Scent Studio’s Champagne de Bois was included in today’s Top 10 Summer Perfumes list on Perfume Smellin’ Things. Each writer for the blog named one favorite scent he or she is wearing this summer — thanks Linda! And thanks Marina! So far this summer I’ve not had a chance to wear scents other than… 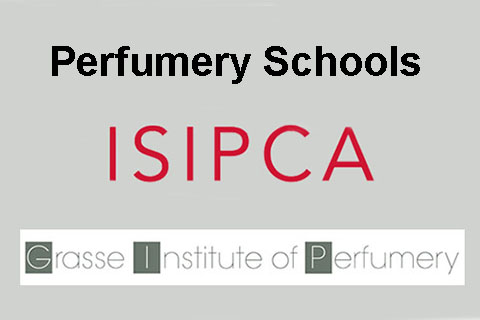 I am frequently asked what types of classes and schools are available to learn about perfumery. I decided to post about this topic since it seems to be of interest, and now I can refer to this post whenever I’m asked the question in the future. I learned perfumery on my own through self-study and…

I’ve done some quick sniffs over the last few weeks and thought I’d post a few reactions, for what they are worth. Today I’m trying the new EL Jasmine White Moss; while it is pleasant and nicely done, it seems a bit too modern for me with some synthetic notes that I typically don’t favor….